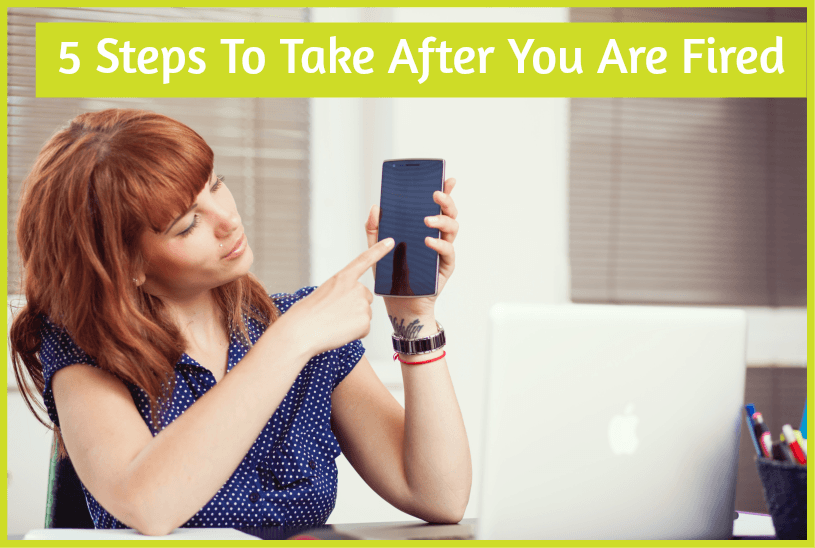 5 Steps To Take After You Are Fired

With your source of income gone, replaced by endless worries of whether you will survive or not, losing a job isn’t something you would wish to experience. But nothing will hurt more than getting a dismissal letter for a “crime” you never committed. It gets even worse when you are shoved the letter straight to your face and the culprit responsible is left scot-free.

If you’ve just found yourself in this predicament and you believe the employer didn’t act in good faith, then all hope of getting a fair treatment isn’t lost. With the assistance of an unemployment attorney, you can sue them for wrongful termination. If you succeed, the employer will pay for the damages suffered besides paying any severance package you could have been denied.

Wrongful termination – pointers to watch out for

Through the eyes of the law, wrongful termination is when you are summarily fired based on wrong or illegal allegations.

This means you could have been relieved of your duties as a result of a crime you didn’t commit.

Basically, your dismissal is rightly considered wrong and worth filing a wrongful dismissal lawsuit if:

Even if you could be feeling bitter for the betrayal, hopeless and enraged, try to remain calm and optimistic. There’s no honor hurling abuses or making a scene about it when you possibly can’t reverse the decision. So, act with dignity and reserve your energy.

The success of any wrongful termination case depends upon how much evidence one presents. With this in mind, collect as much evidence to back up your case as possible. Use all the emails, text messages, voicemail messages, and photos at your disposal. You should focus on whatever evidence you know would support your allegations.

3. Take notes of what happened – seek an explanation from the company

You should come up with a chronology of the happenings before you were dismissed and document everything, including when they took place and who was involved. Basically, you should note down the exact dates and times, names of those involved and why you think they may have contributed to your sacking.

Also, make sure to inquire at the company why they dismissed you and who signed the dismissal letter. It would be better if you get your personnel file to assess if they had issued a warning before. Whatever you gather from their side will help you to determine if pressing charges against them is reasonable or not.

4. File a complaint with the Employment Commission

The Equal Employment Commission acts on the best interests of the complainant. This body investigates and tries to resolve issues around wrongful dismissal. And so, you should consider enjoining them, after all, it is the EEOC judge who oversees the case.

From what you and your employment lawyer deduce, you might choose to give up on the case or go for it. An experienced attorney can tell whether you have a solid case or not and if negotiating for compensation instead of going all the way would be a good idea. Remember, it is your attorney whose word is final! 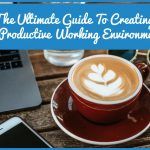 The Ultimate Guide To Creating A Productive Work Environment 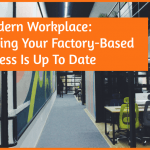 A Modern Workplace: Ensuring Your Factory-Based Business Is Up To Date