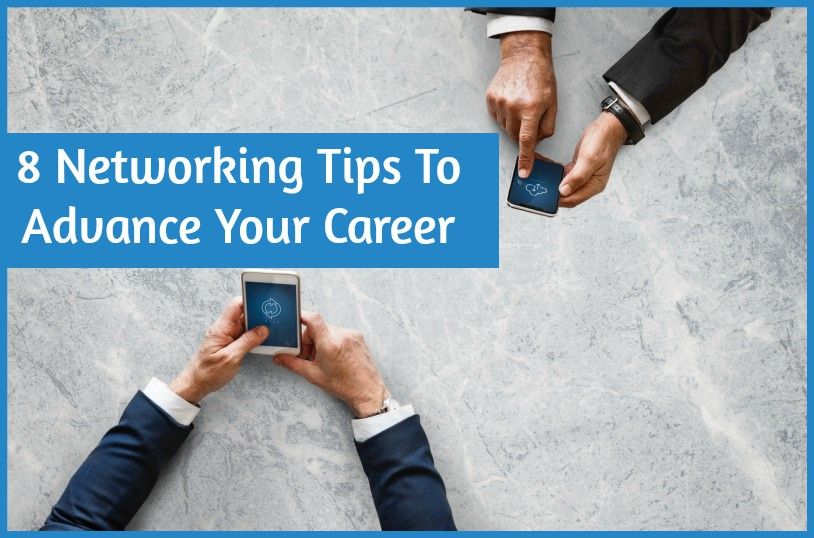 8 Networking Tips To Advance Your Career

Networking is one of the most important things that you can do as a professional. In fact, if you manage to get your networking right, you can advance through your career without doing half of the work that you would have to do if you were going it alone. We know, this isn’t exactly fair (and it’s hardly based upon talent) but as the old saying goes, it ‘isn’t what you know, it’s who you know’. In reality, the truth is somewhere in the middle, and networking can really help you to push yourself into your chosen field.

We’ve put together eight simple tips, so that you can use networking to advance your career!

Social media is great for many reasons, and one of them is that it opens up a lot of doors with regards to business and networking. LinkedIn is the primary choice for professionals, but there are many other options out there, depending on what field you’re in. Search through the people that you may know, and don’t be afraid to add people or introduce yourself. If you’re going to be successful at networking, you need to be willing to step out of your comfort zone, and put yourself forward both online and in person!

The worst thing that you can do when you’re networking is just approaching somebody, and clearly looking like you’re trying to get something out of it. Have a little more tact here, and be sure to have a fruitful conversation with somebody before you just approach them and straight out ask them for a job. Ideally, you should be in the position where you’ve sold yourself so well that they’re asking you these questions. Be smart, and make sure that you don’t make the mistake of coming on too strong.

The people that you’ll be talking to will have met a lot of people the day that they meet you, and they won’t necessarily remember any of their names. After all, they’re hardly going to make an effort to remember somebody who hands over their contact details on a scrap of paper, and this just looks unprofessional. If you want to make sure that you’re remembered for the right reasons, then get some business cards printed, and keep them on hand wherever you go, as you don’t know when you’ll need them.

Another great way to network is to carry on your studies, no matter what it is that your job entails. You can make the vital connections by meeting people who are in your actual classes at college, but there are also many events on for those in various fields, and this could be a great way to meet the people that you’re interested in. Look into courses like MSW advanced standing programs or business courses that you could go on, and you’ll soon see how many networking doors studying can open for you.

When it comes to networking, we always think that we know what people want. They want to see a businessman (or woman) who is fulfilling X, Y and Z criteria, don’t they?

In truth, people just want to know who you really are, what you can actually offer, and that you’re not going to lie to them in order to advance your career. It may seem like common sense, but starting off any conversation by being false just doesn’t leave a good taste in people’s mouths, so be honest, and be yourself.

6. Think about what you can give back

The people who are most successful at networking are those who think about what they can give back to the person in front of them, and whilst you may think that this is only a one-sided exchange, people are always thinking about why it could be useful to have you as a contact. Whether you offer some of your other contacts, your expertise, or maybe, you just give them a reason to think that you’re a genuine person, you need to give them something to go from. Give them something that they won’t forget about!

7. Stick to your word

Again, the people that you want to get in with have probably spoken to over a hundred people in their day by the time that they’ve met you, and you don’t want to give them the impression that you’re just one of those people who wants the reputation, without doing the work. If you say that you can email them some information, or that you’re going to give them your contact details by another means, don’t forget to do this. Sticking to your word will reassure people that you can be trusted in business.

Networking is a lot more than just collecting business cards, and you won’t find any success if you treat it like a card collecting competition. When you’re meeting people, make sure that you focus upon the value in the interaction, rather than on the fact that you’ve spoken to somebody for five minutes. Again, you need to make yourself memorable, and you’ll do this if you look like somebody who is actually interested in having the conversation with the person in front of you. It’s about quality, not quantity!

If you’re looking to advance your career through networking, why not try out these simple tips?

From using social media, to not being too pushy in your conversations, there are many ways to get yourself out there, and to make sure that you’re remembered for all of the right reasons. After all, your success may depend upon it, and it’s a great way to make sure that you progress in your field, without all of the time and effort that it would take if your contacts were dried up.

However you go about networking, put yourself out there, and don’t be afraid to make the connections that matter! 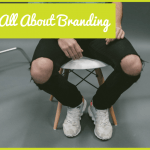 It’s All About Branding 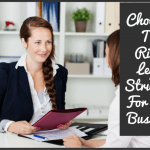 Choosing The Right Legal Structure For Your Business