Are You Wasting Your Team’s Time With These Mistakes?

If you aim to succeed, then you must aim to run an efficient and productive ship. Your team is going to play a huge role in achieving that, but how you manage them is going to affect just how much they can contribute. Here, we’re going to look at common management and leadership mistakes that, rather than maximizing how your employees use their time, can end up wasting it.

Some say that getting rid of meetings completely would probably be good for the whole office, but you don’t necessarily have to go that far. Instead, you should think more carefully about how and why you organize them. For instance, only invite someone to a meet if they’re going to be relevant to the discussion for the whole meeting, not just a part of it.

Know what you can save for an email or a one-to-one chat, instead, as shown at https://www.co2partners.com/7-reasons-not-to-have-a-meeting/.

Yes, sometimes a conversation is better had through an email than in person. However, this doesn’t account for every type of conversation.

Employees can spend a lot of their time with their faces buried in their inbox, keeping them from their work.

Team management software such as https://slack.com/intl/en-gb/features can instead make it a lot easier to have multiple conversations and to track them, without losing the thread and without having to deal with a big, bloated inbox.

Like any tool, the digital technology that the team relies on is going to fail them eventually. However, how you deal with tech failures can save or cost your team a lot of time. Relying on them to troubleshoot it is going to be massively inefficient.

On the other hand,  services such as can not only find a solution much more quickly. They may be able to help you prevent those problems by carrying out the proactive maintenance that members of your team aren’t very likely to be trained in.

Naturally, sometimes you’re going to have to delegate tasks to your team. However, it’s important that you’re aware of their existing workload and take it seriously when they say that they’re unable to take on any more. Many of your team might be hesitant to say “no” so managers have to be sensitive to the needs of their team members.

If you feel like their workload isn’t enough to justify their seeming business, then rather than simply denying them, you should help them look at how they organize their work.

It could be you could help them get more productive by making their day better structured and by creating a positive work environment.

It’s your role as the leader to make sure that you’re using the time of your team as effectively as possible. They are a resource, perhaps the most valuable one at the business’s disposal. However, they’re also people with their own needs and barriers, so you have to recognize that. 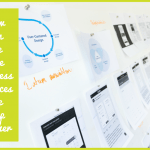 How Can We Take Business Services One Step Further? 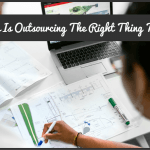 When Is Outsourcing The Right Thing To Do?