Giving employees a sense of control improved how much self-discipline they brought to their jobs. - Charles Duhigg

— The Power Of HR Habit

Charles Duhigg, a reporter who wrote the acclaimed The Power of Habit, devotes his absorbing book into looking at the science behind habit-formation and, through a collection of fascinating case studies, suggesting how those habits can be changed.

What is a habit?

A habit is a set of behaviours that we carry out automatically. They are formed by the ‘chunking‘ ability of the brain which lumps actions together in a sequence, and serve the purpose of decreasing brain size (and head size) and increasing efficiency, both important for survival.

Since organisations, from nation states to corporations to HR departments involve a complex interplay of human interactions it is inevitable that they will develop their own idiosyncratic habits or routines. And just as with people, some of the habits that exist within departments and corporations are not necesssarily helpful – and can be downright harmful.

Duhigg explains that all habits have triggers and lead to rewards, regardless of whether we are aware of what those triggers and rewards are. Changing habits requires us to recognise what the triggers are and to substitute a new habit for the old. During that process, it is sometimes discovered that the reward we think we are getting from the habit is different to the real payoff.

As an example, we might feel the need to jump up from our desk every hour for a coffee.

Perhaps we have come to the end of a stack of paperwork and the urge to get up overtakes us.

We might think we need a coffee, but the real motivation may be the need to stretch our legs and have some stimulation by talking to other people.

To cut down on caffeine, we would now need to train ourselves to walk to the water cooler instead until, after time, our ‘water cooler habit’ replaces our ‘coffee habit’.

In both cases we get our reward of exercise and social stimulation.

Alcoa: how changing one habit transformed a company

One of the major true stories in Duhigg's book follows the appointment of Paul O'Neill as CEO of the Alcoa Aluminium company. Instead of the usual corporate bluster, O'Neill announced in his opening meeting that he was going to reduce Alcoa's injury record to zero across the company by focusing on Health and Safety. What appeared, to some, as a crazy approach to running a large and powerful corporation ended up as being a canny and revolutionary move. O'Neill had not only picked an issue that everyone would have to (however begrudgingly) rally behind, he had also identified one of the 'keystone habits' that, when changed, could eventually revolutionise Alcoa.

Keystone habits are those which have a knock-on effect to other habits. In Alcoa’s case, those workplace habits that led to safety being compromised were linked to overall efficiency in the company. When safer routines were put in place, not only did less workers receive injuries, productivity increased massively.

Once workers got into the habit of reporting their health and safety ideas directly to the CEO they soon began to offer other recommendations, the best of which were fast-tracked into operation.

How can a struggling people team draw inspiration from the Power of HR Habit?

Whilst Duhigg does not offer a quick-fix solution that can be applied throughout the board, he does point the way to at least tackling the insidious impact of habits – and provides plenty of examples of how making a few small changes can have almost miraculous results. 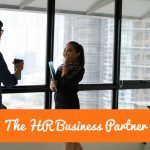