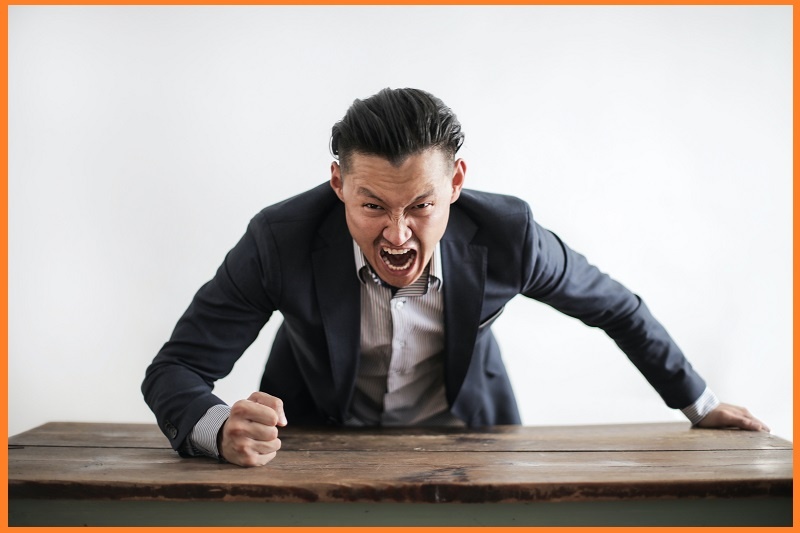 What Does It Take To Be The Boss?

Becoming the boss is a huge step up in life. You’ve now got the power and the influence to call the shots in the system, which we can often find to be structured against us, and now’s your time to prove what you’re really made of. And whether you’ve just moved up the ranks in a company you’ve worked at for years, or you’ve started a business of your own, the principle remains the same. You’re the boss now, and that means you need to start acting like the boss.

But to do that, you need to have what it takes. And sure, some of us grow with a lot of these qualities innate in us, but we still have a lot of learning to do. Refinement and practice is key to succeeding at your career, and being the boss is something you can plan ahead for for years. So now it’s here, let’s make sure you’re geared up right with the tips below.

The Self-Assuredness to Lead

How much do you feel like a leader right now? Maybe you’ve not had the opportunity to really show your mettle or spread your wings yet? No matter; you’ve got a lot of work ahead of you, and simply feeling like you’re up to the job is enough at this stage. Half of being the boss is having the confidence to back it all up, and as long as you’re feeling self-assured about your ability, the next few steps are going to be of little challenge to you.

But if you’re not quite there yet with your own confidence, there are a few things you can do right now to prove to yourself you’re ready to be the boss. The simple way you dress, or the way you hold yourself, are two great elements of confidence you can fix in a second. Put a suit and hold your head high in the mirror – how do you feel about yourself now? Do you feel like you look like a leader? Appearance is half the battle, and sometimes you’ve just got to fake it until you make it. Take some time practicing some mantras if need be as well; talking to yourself isn’t silly to do, and it can boost you a long way.

The Chance to Show Compassion

As the boss, you’re not just someone who’s there to give out marching orders. Your role is much more complex than that, and as someone with authority, you’ve often got to give back to the people who operate under you. Don’t worry, you won’t be compromising on your image here; a lot of people new to a leadership role often think that moving an inch means giving a mile, but they couldn’t be more wrong. You’ve got the chance to show your true colors here, and that’s worth a lot to those you work with.

So, take some time to get to know your team. Make sure you’re approachable, and can be talked to about anything in the workplace. Of course, you’re the boss and there’s always going to be a boundary there, but that doesn’t mean anyone has to be isolated. Make sure you’re sociable, and don’t just be shut away in your office or cubicle.

Get out there, make some workplace friends, and prove you’re just as much a colleague as you are the boss. And the more you spend time with your team, the more they’re going to respect you – you’ll have a bond that’s sought after within the working world, and all because you put a bit of effort in.

The Skills to Deal with Disputes

Dealing with disputes is a hazard of the job. You’re going to come across a couple of employees squabbling here and there, or have to sit in on a tribunal every so often, and that’s just part of your responsibilities!

We don’t like to think about running into trouble, but you’re going to have to be firm, and even take sides every so often, and knowing that can sit wrong with us.

It’s up to you to iron out these problems, and knowing how to best react to them comes with experience. You know what you should do, and you’ve got a legal guidebook to follow, but it’s ultimately up to you what happens next.

Most of all, go with your gut here. You know what you want to happen next, and you’ve got to put plans in place to ensure your employees follow along. Sometimes all you need to do is issue a warning, sometimes you’ve got to delve deeper and offer some workplace support. And one day, you may even have to fire someone altogether – it can be a hard conversation to have, and you need to be ready for it.

The Ability to Take Control

How much control do you think it takes to be the boss?

A lot more than you may be used to, even if you enjoy the micromanaging aspect of the work day. And as we all know, taking control is key to performing management duties, of course, but gaining it is a lot easier said than done. After all, just because you’re labelled as the boss doesn’t mean people will treat you like it! And not only that, but ensuring you know how to work with all of your new responsibilities requires some time.

The latter point is the easiest one to tackle here. After all, there’s a lot of tech on the market that enables you to automate most of the tasks you have to juggle. For example, Online employee scheduling software is a great way to get your team in a row, and ensure you’re never double booking an employee for a shift. Aside from that, you can also use project managing apps, as well as messaging platforms to stay in touch at all times, and you can even use an AI assistant to sort out your own schedule.

Who said you couldn’t fit in a team meeting after 4pm?

The Knowhow to Set Realistic Goals

Setting realistic goals is a big part of being a leader. It proves you’re in touch with your organization, and where you’re headed. It means you understand your team, and what they’re capable of, and you’re never asking too much of the people who grease the wheel every day. And ultimately, it shows you’ve got your head screwed on!

After all, achieving 100,000 social media followers is impossible if you don’t even have a social media content strategy in place, and thinking your employees not sharing company posts is holding you back is totally crazy.

The realistic thing to do here would be to come up with the strategy, and then be able to tick that box off instead.

You’ll need to talk to your employees here; you need their input on how the company is moving along, and what it can achieve next. They know the intimate details of how things are functioning, after all, and can offer insight you may never even have considered on your own. Having a weekly meeting is a good way to share these kinds of insights, and ensure everyone has the chance to speak up and share what they know, which can then lead on to goals created as a team.

The Mind to Set Boundaries

As we mentioned above, you’re going to need some boundaries as the boss. Of course, you want to be treated like just another person in the workplace, and you want your employees to have a close respect for you, but let’s try not to push this too far the other way either. Remember, your employees wouldn’t want you ringing on their days off to ask them to come in, so you shouldn’t have to deal with half the workforce off each week either!

You’ve got your own personal goals and company values to hold up here, and they need to come first every so often. An emergency is an emergency, and nothing can be done about them, but if an employee wants time off, for example, they need to file for it. At the same time, make sure you’re never afraid to bring up when lines have been crossed; do this in a sensitive manner, but make sure your words get through.

Being the boss is hard. You’re in charge, and that means everything falls on your shoulders, both good and bad. And some people aren’t up to the job! But those people aren’t you. Sure, you’ve got a long way to go, but you’re capable, and you’ve got plenty of raw talent on your side. Just keep tips like these above in mind to help your talent go further when you need it. 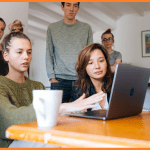 Tips For Getting The Treatment You Deserve At Work

Make Yourself Appealing To Potential Employers Using These Tip