What Is The Ideal Distance From Home To Work?

Besides a brief lull in the early 2000s, the American commute has grown longer over the last four decades. A one way trip to the office now takes an average of 27 minutes, more than a five-minute increase from the 1980s.

The answers — and solutions — to these questions can radically change employee satisfaction for any business.

Whether you’re a job seeker or employer, it’s time to put more thought into the daily commute. Improve your work-life balance with a look at commuting research and practical resolutions for a smoother drive.

Why Did Commutes Get Longer?

If current trends continue, you can expect the average commute to take 32 minutes by 2060. That’s an hour every day, or five hours a week. That comprises almost a sixth of the traditional 40-hour workweek.

A myriad of factors is at play.

The average distance from home to work has increased over the last several decades. While the population has continued to increase, U.S. homebuilding has decreased across the country.

Loan institutions are still wary of funding new construction after the real estate crash in 2008. For a practical example, consider that the current homebuilding rate sits below that of the 1960s. The U.S. population has nearly doubled since those times, increasing housing demand.

The weak homebuilding industry has resulted in two troubling trends.

The first is a general increase in housing prices, especially in jam-packed metropolitan neighborhoods. For many workers, these homes and apartments near their jobs are too expensive to afford.

In addition to housing price increases, a lack of housing has made the market more competitive. Even those who have the funds to purchase homes in convenient locations may be turned down by the current owners.

With these trends combined, American workers have had to search for housing away from major economic centers, increasing their average commute.

Lastly, few cities have the income to maintain and expand public infrastructure. While the New York metro was efficient decades ago, it hasn’t kept up with population grown. In short: There aren’t enough trains for the passengers.

The Ideal Distance From Home to Work

But let’s return to our proposed question: How far is too far to commute? To some extent, it’s a subjective matter.

But most studies suggest everyone stands to gain something by shaving time off their trip to the office. One of the most commonly touted statistics come from Dr. Chatterjee of the University of the West of England.

He found that adding 20 minutes to the cumulative commute results in decreased job satisfaction.

Specifically, those 20 minutes make you feel like you’re earning about 20% less.

The financial implications of this research suggest the ideal commute isn’t a binary answer. Rather, it exists on a spectrum between work-life balance and financial compensation. While it’d be pleasurable to walk to the office, you may be happier to endure a long commute, so long as you doubled your salary.

But jumping for financial incentives can have hidden costs.

In a 2001 study, the researchers discovered that workers who commuted at least an hour and a half every day experienced physical and mental discomfort. 31% of the male subjects, and slightly more of the women, had commute-related medical conditions excessive enough to require treatment.

These conditions included sleep deprivation and general pain. The research also recognized that those with long commutes were more likely to become ill or develop joint problems.

While you could make a higher salary for a longer commute, at least some of this income is likely to go towards medical bills resulting from extended travel times.

So, what’s the ideal distance from home to work? While subjective, most research suggests that shorter is better. Your personal commute endurance will vary, which we’re about to examine at a closer level.

The Personal Level: Finding the Right Distance to Work

While social studies measure and depict overarching changes at the group level, there are some personal nuances. The fact of the matter is some people tolerate commutes better than others.

These are the questions Harvard researchers sought to answer.

What they discovered is the commute plays an important transitionary role. Individuals who prepared for their workday during the commute — such as planning projects and events in advance — enjoyed more work satisfaction.

While listening to music may help some survive the commute, the study suggests it does more harm than good. Once at work, lingering thoughts from an improper transition can impact production and lead to stress. In turn, these individuals have a negative commute experience.

However, this puts an undue amount of blame on the commuters. Dangerous traffic and stressful public transportation may make it difficult for individuals to plan their days. Indeed, they may just be happy to finally arrive at the office in one piece, once all is said and done.

Since extensive commutes are associated with depression and anxiety, intrusive and negative thoughts can aggravate this transitionary period. Vehophobia, caused by an automobile accident, can make even a short commute a paralyzing experience.

Do you know where you stand?

When given the choice, most people don’t say their ideal commute is zero minutes. There seems to be an unconscious recognition that this transitionary role has beneficial effects.

The Effect of Long Commutes on Employers

We’ve looked at some of the personal consequences of long travel times. And while a job seeker should make an effort to find a company within a comfortable distance, that isn’t always an option. All companies hire workers with troublesome commutes.

And this, too, can wreak havoc.

According to an Australian study, employees with long commuting distances took more days off every month. The researchers believe the causality has two factors.

Since the worker with the bad commute makes less money per hour, he’s more likely to take the day off. After all, there is less to lose.

Frequent absences can throw any work schedule out of alignment. And it’s not just about missing work.

When your workers do show up, those with commutes greater than half an hour are less productive. How much less productive? They’ll lose a calendar week of output every year.

For these reasons, any business should make an effort to allow more work flexibility and office locations.

Not fond of the distance from home to work? There are some techniques to make the commute a little more bearable.

First, we’ll remind you that it’s best to make productive use of this transitionary period. Whatever’s on the agenda at work, now’s the time to prepare. You can also consider some of your larger career goals if there isn’t anything pressing on the itinerary.

If possible, consider completing some work while on the train or bus. This can get you in the working mindset and turn the commute into a productive timeframe, rather than a simple transition.

Researchers at the University of Chicago have another suggestion: Bring a friend. Or make one.

They found that people who reached out to strangers during the commute had a more pleasant experience. According to them, solitude isn’t as enjoyable as we’d like to think.

And for those shy individuals out there, get this: The strangers had an equally positive experience when the study subjects reached out to them. While it may feel like you’re being bothersome, commuters may actually be more talkative than they seem.

A major issue with commutes, whether long or short, is their unpredictability. It can become a hassle to prepare for the day when you’re actively avoiding gridlock and rush hour traffic. For that reason, it may be best to focus on the routine.

As our studies have advised, most people don’t gain a tangible benefit from distracting themselves with music or audiobooks. However, doing so can add a beneficial sense of routine.

Removing unpredictability can go a long way in creating the mental space required to prepare for the workday.

You should consider abandoning the long commute when nothing can make it tolerable. At the very least, previous studies suggest you aren’t receiving enough compensation to warrant the extensive time spent traveling.

So what can you do?

One of the best options is to relocate closer to work. While potentially difficult and expensive, you can still find great housing deals if you know where to look. For example, you can explore both competitive pricing and local convenience at https://www.davisapartmentsforrent.com/almondwood/.

The second best option is to look for a new job closer to home. Just realize you’ll have to spend the next few months enduring the commute while you search. And transitioning to a new job has its own set of difficulties.

Do you know other employees who live nearby? Carpooling is an environmentally friendly way to improve the commute. You may only have to drive a few times a week, if at all.

Plus, the presence of coworkers is a social stimulant and helps you prepare for the coming workday. For these reasons, a carpool ticks the boxes of both commute-improvement studies.

Educate yourself on local public transportation. Most cities have a bus system, and some make use of trains or metro cars. If you can work out a route, it’s possible you don’t even have to drive to the office.

And for those who cannot stand the concept of a commute — you’re in luck. The percentage of Americans who work from home has nearly doubled in the last twenty years. Rather than looking for a traditional employer, search online for work-from-home opportunities.

For some, this simple change can be worth a significant pay cut. It also opens the possibility of selling your vehicle, depending on where you live.

The ideal distance from home to work is different for everyone. While some may enjoy the pensive break before their workday, others would rather have no commute at all. In 2000, a group of researchers discovered that their sample of over 1,000 commuters had an ideal commute time of 16 minutes.

That’s almost half of the current American average. It was also locked to the San Francisco area, which may not be representative of other U.S. cities.

Don’t try and shape your life according to social research statistics. Instead, ask yourself what you’re comfortable with.

And remind yourself that when you do have to endure a terrible commute, there are several strategies in place to make it a more enjoyable experience.

As a business owner or entrepreneur, you’re always concerned about the well-being of your employees. Build a better workforce by scouring our site for more expert advice. 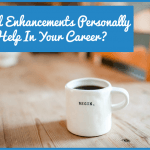 Could Enhancements Personally Help In Your Career? Lets Discuss 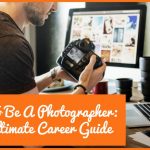 How To Be A Photographer: The Ultimate Career Guide