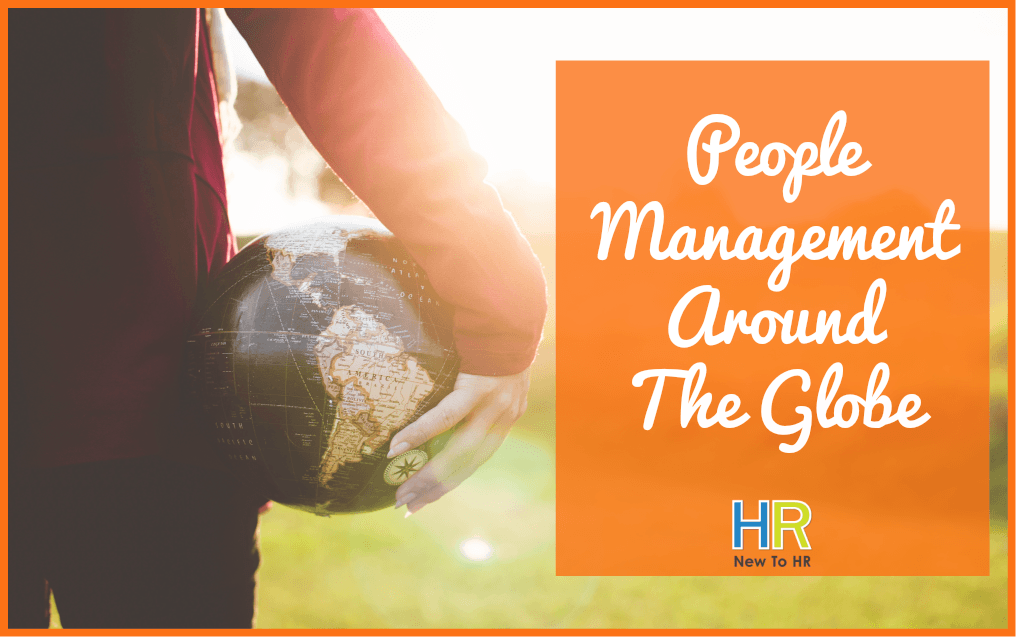 People Management Around The Globe

People management takes different forms across borders despite the growing tendency to adhere to a basic set of policies and good practices.

It is perfectly normal for countries to cherish their own business culture and not to rush into embracing the prevalent western HR model.

As our world gets smaller, we observe how organizations put a lot of effort into adopting common Modern HR practices and for cooperation to take place at an international level, some common ground needs to be conquered.

The ‘disintegration’ of cultures into one single global culture has been a theme for reflection for the last couple of years, especially since the workforce have become more mobile than ever. Borders are no longer what they once were and it has become increasingly easier to get a job abroad or open a new branch in a territory previously unknown for your business.

Big economies of the world tend to be more reluctant in renouncing their own approach to People Management.

You can put it in the same box with national pride, or you can view it as a manner of retaining a competitive edge for the local workforce, and barricading the market from a high influx of foreign ventures (and people). Whatever explanation you prefer, it is more than interesting to see how the People Operations department is structured and what attributes it has.

Contrasting people management reveals differences in mentalities and core values rather than being factual on how companies manage their human resources.

China anxiously waits to affirm itself as the world’s biggest economy, and if we look at the virtual & online businesses it has created, it does deserve to sit side by side with the American model. We all know the clichés, but are they true?

First, important differences emerge at the recruitment process itself.

While in the US, work experience continues to rank as number one to land a job, in China the interviewer looks for something a bit more standardized – test scores are the top criteria assessed for making a recruitment decision. This has profound implications on the Chinese educational system, triggering a grade hunt that goes all the way to first years of school. Chinese families are anecdotally referred to as putting a lot of pressure on their children and seeing their professional success as a matter of ‘life or death’. Because of its rapidly growing population, competition is much fiercer in China, and that governs both university admission and top dollar jobs.

As a westerner, it is always difficult to understand China’s stance on requesting an candidate to be familiar with Chinese national culture. While in Europe and the US it is about the value the individual brings to the company, organizations in the biggest country in the world still hold dear mentalities, like “me against the world” and “all or nothing.” Understanding the local culture at a satisfactory level – works as a form of allegiance, a commitment to both organizational and social roles. In China, being a high performing worker is conditioned by first being a model citizen.

Understanding such a peculiar HR requirement is made simple, if one remembers that China is a Communist country where the state is not shy of interfering and molding its citizens the way it sees fit!

Performance Appraisals is another crucial aspect that puts China in a league of her own when it comes to People Management. Although the universal purpose is to spot and evaluate obstacles and challenges for enhancing employee performance, the methods of putting it into practice are quite different. In the US, individual achievements and results are the main points of focus, and building on that often a manager is free to offer incentives based on the organization’s policies (this is changing, yet the focus stays on individuals).

Although Chinese companies largely align themselves with a similar performance fueling mechanism, some fundamental differences do exist. Chinese managers consider the approach a bit trivial and put a larger emphasis on personal attributes that have more to do with one’s character than one’s performances in the workplace. China is a place where moral, loyalty, and obedience shape the corporate world and because that they offer the sense of pride and superiority we talked about earlier, they are highly likely to remain in the toolbox for the future.

Because of that, giving and receiving feedback has become somehow cumbersome. China’s adhesion to the Communist doctrine makes it hard to believe managers there opt for incentive payment as a way to drive motivation and poke their employees in a positive manner. Pay for performance is standard practice both in the West and in the East, and the effectiveness of the model was strong enough to cross all cultural boundaries, even though the industry is changing its focus on this model.

Another fundamental set of differences in People Management in China and the US derives from how business is carried out.

“Time is money” is a mantra repeated in every American office and that pushes an increase in risk taking and speeding up of decision-making. Interactions between business partners and even co-workers should be as brief as possible leading to the “cut to the chase” philosophy – viewed as an essential part of the organizational culture. Although Chinese companies pursuit the same effectiveness in time management and speed of operations, a small pauze exists when one weighs in a more moralist ethics-oriented conduct. Meeting must always obey some degree of ritualization, even in cases of extreme urgency. Brief dialogues and the rush to reach a conclusion are considered a sign of rudeness, and going through social protocols is something mandatory.

The contrast between individualism and collectivism is another useful observation on how People Management happens around the globe.

Chinese organizations will minimize encouraging or praising individuals – you are fully allowed to be an over-achiever but do not stick your head up boldly, claiming fame and personal recognition. Team work is probably valued more than anywhere else in the world and, again, the roots of such an outcomes go all the way to ideology.

The Chinese way – might see a bit too rough on personal freedoms and too anchored in past traditions, as it has a less powerful culture of debate, of questioning higher authority, and thus a tendency to stick to more rigid hierarchies and work protocols. It is highly uncommon for Chinese employees to make bold steps forward and attempt an “12 Angry Men” kind of upset. Those who do not agree with the majority are left with no other option than to swallow that “NO” and keep inside them all the subsequent ‘bitterness’.

India is another interesting country where differences in HRM can be traced.

Known as the Outsourcing homeland, India has gradually build itself as a powerhouse able to create business environmenst and even teach the world some valuable lessons.

When compared to China, the first thing that emerges is a less pronounced tendency to embrace a significantly different path than the West.

The Indian HR industry was one of the first to adopt the hire-and-fire culture and abandon the concept of lifetime employment. Because it relies on projects coming from abroad, at such a level, the Indian economy has grown making it easier for workers to go from one employer and workplace to another. Obviously, that has challenges for HR. Interviewing for a short-term project position – needs to be both concise & meticulous, and chances of failure increase.

India faced and will continue to face the challenges of brain drain.

High skilled and highly educated individuals opt for relocation to foreign organizations that offer better deals. In today’s context of open borders and ever increasing globalization, there is little one can do to stop that. India still has a lot of catching up to do with bigger or leaner economies that afford to pay their top employees more generously.

Probably no other place in this world shows that the gig economy is more serious, than what is currently happening there. But it has somewhat of a ‘bad reputation’ of practicing low prices on freelancing platforms and stealing work that can be externalized (from economies with higher minimum wages and increased costs of living.) Both processes are almost impossible to stop or limit without enforcing drastic work laws limiting freedoms.

Companies in India currently invest an impressive amount of resources into Leadership Development.

What is noticeable about the growth of India is that it was primarily horizontal, companies expanded their business models, but did not take the time to understand that hiring more employees, also required an improved vertical structuring. India found itself caught between its formidable growth and the incapacity to form enough leaders. The most obvious example is that of multinationals opening offices (reduced workforce costs) – only to find a shortage of internal leaders. This problem has now been identified and is dealt with accordingly within the HR industry.

Indian individuals prefer to work in powerful companies that have a strong brand, and this sometimes even overrides a better financial package (just like western counterparts). Start-Ups do not benefit from the same affluence, and the market sees a kind of rift between different types of small organizations – linked and derived from India’s famous caste system. The idea that the group you belong to is decisive for your future prospects, still affects decisions on employment.

Both China and India serve as excellent examples to contrast the People Management of a western nature (Europe and the US).

The issues highlighted so far do nothing more than scratch the surface and show the most notable differences.

Both nations are home to billions, and their economies are far too complex to show detailed workings. But what we do notice is that it is impossible for strong national cultures not to shape and influence the way HR is done. Individuals cannot be asked to turn into standardized employees once they step in the office. The forces shaping these societies have a direct effect on each of them.

People Management around the globe might have various traits and flavors, but it still goes down to the same basics – achieve the optimal balance between the interests of the company and those of the employee. Can you think of ways Modern HR is different in your country? 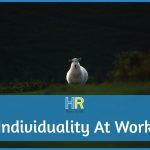