The Basics Of Emotional Intelligence

Emotional Intelligence [EI] is the ability to achieve success by controlling and exploiting our emotions and the emotions of others.

Numerous studies share how one can achieve success in life with EI.

Unraveling these secrets behind our brilliance has been the goal of scientists and researchers venturing into the labyrinth of the human mind.

Not long ago, we thought that abstract thinking and the ability to solve problems were the only marks of intelligence [IQ].

Going even further, most educational systems continue to be developed around shaping the human mind to be as rational and as mathematic as possible. But to those people reluctant to embrace this type of change, emotions are nothing but a burden in the way of achieving their success.

So, both our professional and personal goals appeared to be hijacked by our failure to prevent emotions from popping out in the least favorable of circumstances.

Emotional Intelligence has gained more and more momentum as people started to shift their beliefs on what makes a person effective.

In the past, it was much easier for someone to command success despite lacking what we call today *Emotional Intelligence*. Individuals striving for excellence without the support of others did not need to chart and master their emotional potential. Things are entirely different now.

Now you cannot work without collaborating or negotiating with others. Collaborations and dependencies inside teams are so vast that it is impossible to avoid the many dead ends and toxic loops without having Emotional Intelligence as your counselor.

Our concern with the hidden mechanism of human intelligence has a lot to do with the conquests of the last centuries in the field of mental health. Where some people found it hard to get out of bed in the morning and welcomed any social circumstances with profound hostility, others thrived on making their way to the top – carried on the shoulders of others, always harboring a smile on their face. It was not long before someone asked this question:

What makes some people overcome issues and assume commanding positions, while others seem to be stuck with no sense to go?

Before the 1970 many embraced the age-old belief that emotions hold no power over the material world and that seeking such answers would never get a foundation within science.

The pioneers of Emotional Intelligence became the victims of a veritable witch-hunt. Cornered down as superstitious and often put in the same league with adepts of religious proselytism, they had to bring solid proof to the table – to be taken seriously.

Lucky for them, sociology offered the solution – the only caveat was managing and excluding all the other variables that ultimately influences success in human society. Emotional Intelligence gained most of its credibility from studies opposing individuals having similar IQs.

Going even further with the research it revealed that people often had high management positions, because they became the masters of their emotions and the emotions of others!

Climbing up the social ladder is a task that perfectly illustrates Emotional Intelligence.

You do not have to be the best in your field, and you do not have to show the best of intentions. All that is required is that you are able to handle emotions. Successful individuals thrive on the powerful emotions emitted by the public (be them positive or negative) to coagulate fame and prestige, or, alternatively, to inspire fear and submission.

Leaders and influencers you interact with on a daily basis do exactly that, only at a much smaller scale. They read others as efficiently as they read themselves, and being able to sketch an emotional profile from the tiny bits of information their sensors receive is indeed astonishing 😉

Whatever your activities and goals, it is worth investing time and energy in discovering and cultivating your emotional intelligence.

Get 15% off with discount code - NDLM 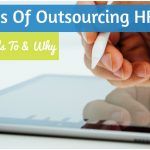 The Ins Of Outsourcing HR – Who Needs To And Why 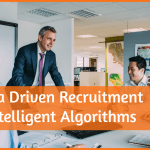