Advertising should always be seen as trendy, because if it’s not, you run the obvious risk of it becoming totally boring, and nobody actually wanting to take an interest in your brand. But do you want to know something?

That’s exactly what so many companies out there are doing right now.

They’re creating boring businesses that just don’t have the capabilities of being able to showcase their business in a light that’s so bright and interesting, and therefore all of that money that’s being invested into advertising is just going down the drain. You have such a short amount of time to be able to capture the attention of the people viewing your advertisement, sometimes as small as 5 seconds.

So in that time, you have to really get your creative hat on, and think about ways that you can bring light to your business. If you feel like you’ve always struggled in the advertising area, you’re reading the right article for you.

We’ve got some trendy advertising ideas that will doubt capture the attention of the people you need it to, in the short window of time that you have!

TV advertising is no doubt one of the best forms of advertising that you can do, but it’s most definitely the most underrated form of advertising. Because whilst we know that it’s just so popular with customers, we know how expensive it is to do, and how easy it is to get wrong. But if you create a super jazzy TV advert, and make it so that you’ve got a nice catchy tune, attractive actors, and your product or service looking or sounding better than it ever has before, then you’re onto a winner.

You could even contact captioning companies, so that you could have your advert recorded in different languages. You don’t need to change the advert at all, companies will just subtitle it so that you can attract the attention of many different people!

Social media is rapidly becoming the big boy of advertising, in fact, it might be there just now!

It’s the one technique that you can’t get away with not using, because it’s just so immensely popular with customers. It’s where people spend most of their days browsing, and it’s so easy to capture their attention with a cool looking campaign. All you have to do is make sure it’s bright, interesting, and funny. People respond so well to humour, and it’ll instantly help to spark an interest in your product or service!

Going big with a billboard campaign is definitely something that we would recommend doing, because there’s just so much potential to capture the attention of people passing by, which could be thousands in the space of a day.

Again, like with social media, you only have a few seconds to capture their attention, so the advert really does have to be bold, bright, and interesting, or chances are people won’t even look up to view it! 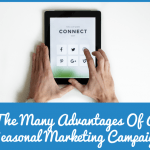 The Many Advantages Of A Seasonal Marketing Campaign 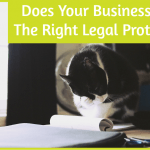 Does Your Business Have The Right Legal Protection?