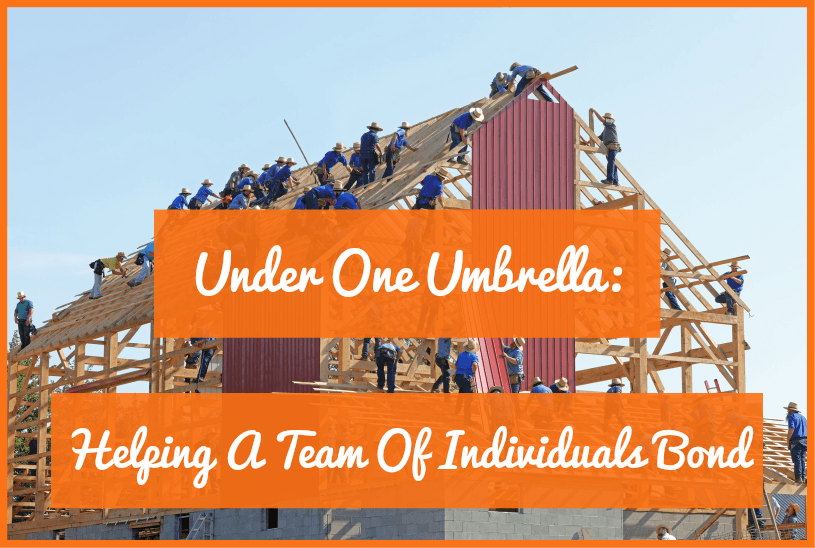 Under One Umbrella: Helping A Team Of Individuals Bond

It certainly pays to be a great business leader, guiding the company and the employees to a better way of working, but there is one fundamental flaw in this process, that it’s all about the leader, and not necessarily the team. In any business, the idea of teamwork is vital, even if each individual worker has their own tasks, and do not necessarily interact with others in a professional sense.

But there will be times when the team needs to establish a connection, which could forge personal working relationships, but also instigate collaboration.

How can a team bond better, and how can you implement this?

Communicating messages, ideas, and reiterating the fact that everybody is a team is something that can be like a mantra. Reiterating all of these ideas will form a learned habit. Regularity in every aspect means reaching out to your team, encouraging meetings on a regular basis that truly solidifies what the team is there to do despite people’s individual efforts. It’s all about hammering the point home.

You’re a leader, but that doesn’t mean that you need to make every decision. Leaders can strengthen relationships with others in a team by including them in the decision-making process. Asking others what they think about a certain idea or proposal communicates the fact that you are encouraging others to put forward their ideas, but it also shows that you trust their ability.

By including everybody within the decision-making process, this increases engagement, as well as morale. Trust is a very handy by-product of this, and as the trust quotient increases, your workers will slowly begin to develop that idea that everyone is on the same page and the same team.

Don’t Put Yourself Above The Individual Members

While you can include everybody in the decision-making process, others are more than knowledgeable in the fact that the buck stops with you. You may have the final decision because you are the person in charge, but if you show the very simple fact that you are human, and even fallible, you could ask for feedback on your leadership and management style.

It may be very difficult for people to give an honest answer, especially the very outset, but once you’ve broken down these barriers of “me= boss, you= worker” and get truly honest opinions, everything can work together to grow the company. Relationships will improve exponentially.

Everybody has their own opinion of whether a team should socialize outside of work, but it doesn’t necessarily have to be an enforced aspect of team bonding. Sometimes there will be natural groups that split off because they find they have more in common, and this can be due to shared interests, or because they are doing similar jobs.

But that doesn’t mean that you should avoid the idea of team socializing, especially if you’re all celebrating a job well done! Nor does it have to be the stereotypical idea of going out for a few drinks.

There are haunted tours in the bay area that can give you a new angle on the idea of socializing outside of work. It seems that people naturally gravitate towards a function like a meal or hitting the bars because that is usually the expected thing. But instead, if you think about something a little left of center, this could help a team to bond in a different way. After all, not everybody likes to go out for a few drinks. And this may not communicate the best practices on how to socialize outside of work. Take it to the team, and see what they want to do. You’ll never have everybody agree on one thing, but at least you’ll have a few ideas to try out.

Of course, it’s easy to encourage teamwork, but when there are so many individuals working on their own projects and serving, in essence, their own needs, we’ve all got to be working towards one common goal. Communicating the bigger picture boils down to transparency. Again, it goes back to that idea of regularity, and sharing your approach and methodology doesn’t just strengthen the message, but it improves the communication between every piece of the puzzle. And it’s not just about the needs of the business; it’s also about the needs of the employee.

Having them figure out their part in the big picture isn’t just about how you communicate to them on an individual level, but it’s about realizing their current skills and their potential ones. It’s about a common language, and as employees can look to identify what their individual skills will do for the business, when you are strengthening these lines of communication, they could feel indebted to the leader, because the leader actually cares about them, not just the business.

It can be in terms of how you lead, but it’s also about looking at the ways in which people make connections in life. It’s not just about the big things; it’s the small things, such as showing thanks, acknowledgment of their hard work, as well as leading by example. Being authentic in your own mission highlights that you are someone that’s not just looking out for themselves.

Authenticity can be highlighted in the most minuscule of ways, remembering their birthday, or just asking about their family members. Look at former presidents who held a genuine interest in their workers. There have been so many throughout time that really made an impact on, not just their employees, but everybody they came into contact with. And this boils down to an authenticity, and not putting up a certain pretense.

Business is full of people who are self-absorbed but it’s the real leaders that don’t just bark orders, but know how to create other leaders in the organization.

As a team can comprise of many individuals it can be difficult to get them to work together, and regardless of each individual’s goals, they’re all working under one umbrella. 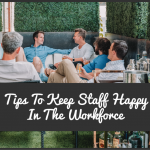 Tips To Keep Staff Happy In The Workplace 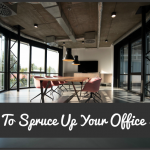 How To Spruce Up Your Office Space