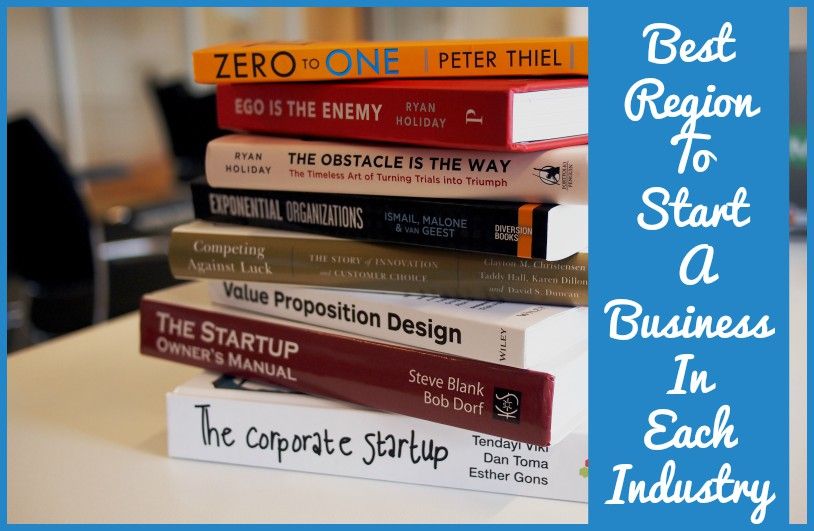 Best Region To Start A Business In Each Industry

The UK places third across the world for the number of new businesses, with 382,000 startups. Although the UK has a huge amount of new businesses, starting a company is no easy task. Which is probably why only a small proportion of startups develop into medium-sized enterprises in the UK – not even making it to the top 10 globally. But, there are ways to establish a successful business. Such as launching a company in an ideal location for your trade. That’s why Workwear Giant have uncovered the best regions for startups, for each industry.

Where to Start a Business in the UK

Some locations are better equipped for startups than others, no matter what industry you’re starting your business in. To understand each regions’ promising abilities for new businesses, Workwear Giant have mapped each area showing the working age population, unemployment rate and the office rent per sq. ft.

The Best Places for Startups by Industry

If there is a particular trade you wish to start your company in there are other aspects you can analyse to ensure your business is a success. Such as, the percentage of businesses in that industry, the share of jobs in that sector and the turnover in the industry and in that region. But, thankfully we’ve done all the hard work of evaluating so you don’t have to, read on to discover the best region for your sector.

If you’re an I.T whiz kid and consider yourself a bit of an entrepreneur, starting a business in Northern Ireland should give you a fair chance with only 3% of businesses in the region focusing on the information and communication trade. The region also has an abundance of talent, being home to top Universities such as Queen’s University Belfast and Ulster University, both with renowned ICT and computer science courses. With such acknowledged courses, it’s probably no surprise that Northern Ireland has emerged as a leading cyber security hub.

The North East does, however, come in at a close second having only 4% of I.T companies and just 3% employed in this sector, indicating there’s only a small proportion of competition. Although the North East only has a small amount of information and communication businesses, the productivity growth in this region has grown vastly – 126% since 1977.

Out of all the regions in the UK, London comes out on top for starting a business in real estate. The industry shares 2% of businesses in the capital, which is in line with the national average. However what sets London apart is that it shares nearly half (43%) of the UK’s real estate turnover. Which could be due to the fact that London’s house prices are the UK’s highest, with the average house costing £472,230.

The South East is another top contender for a real estate startup. The region shares the same number of real estate businesses as London, however the turnover marginally smaller. Still, there are other redeeming qualities for starting a real estate company in the South East. For example, the region is one of the most populous of the nine regions in England, having a population of 9 million. With such a large population, it can only mean a plethora of house buying or renting opportunities.

The Best Region for Manufacturing Startups

However, one area particularly stands out from the crowd: London. Despite manufacturing only accounting for 3% of all businesses in the capital, it amounts for 8% of the industry’s turnover. In London, the manufacturing business also amounts for 3% of London’s workforce suggesting potential. Thankfully, the city has a huge working age population and an unemployment rate of 4.2%, you should have no problems hiring staff.

Today could be a better day than any to start a manufacturing business, with small and medium sized (SME) manufacturers extremely confident about future growth in the industry. SME manufacturers believe nowadays there’s an increased customer demand and a wider product range, helping to grow the sector further.

Although the sector has seen a boom in recent years, there’s still room for more. The East Midlands has the same amount of accommodation and food service businesses as the rest of the UK’s average (3%). However, the sector only employs 5% of people in East Midlands, well below the national average of 9%, highlighting there are only a small amount of businesses in this trade. A big concern for hospitality operators is rising rent costs with 39% of hospitality owners identifying this as their worry. Favourably, the East Midlands has the lowest office rent out of all the regions in our study at just £18.17 per sq ft., too.

Out of all the regions, the South East has the smallest amount of accommodation and food service businesses, with just 2%, yet shares a huge 12% of the UK’s accommodation and food industry’s turnover, showing the region is profitable but has a higher competition than the East Midlands. If you’re starting a company in this industry, you will no doubt need staff. Thankfully the South East has a high working age population and with a 3.1% unemployment rate, you should have access to a lot of talent.

It’s impossible to say that one region will be a better assurance of success, no matter what trade you’re in. There are many other variables to consider when starting an enterprise, not just the region.

All these questions should be answered before you can start, that way you can make a full in-depth plan, and hopefully ensure startup success. 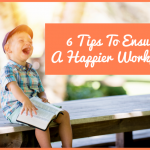 6 Tips To Ensure A Happier Workforce