In this sense, a business is far more like a sports team than a family. - Reid Hoffman

— Building Alliances In The Talent World

The contracts employers usually make with their employees are based on a lie. That is the take home message from the introduction of Reid Hoffman’s ‘The Alliance: Managing Talent in the Networked Age’.

Hoffman was a co-founder of the business network/social media hybrid we all know as LinkedIn.

Hoffman explains that when an organisation hires new talent and welcomes the employee into the ‘family‘ it carries with it unrealistic connotations of a relationship based on long-term security and warmth. This is often at odds with the targets culture of modern corporations which are constantly poised to reorganise at the slightest hint of a dip in performance.

Employees are well aware of this and are themselves poised to jump ship, whether it’s sinking or not, at the slightest indication of a storm on the horizon. Yet they will pledge loyalty to the company because that is what employees are supposed to do.

As people operations we are stuck in the middle of this mutual deception, spending valuable resource in identifying and wooing talent only to have to pin that talent down with contracts that threaten all sorts of consequences for not meeting short-term targets.

Hoffman believes that the ‘family‘ allegory is a relic of the ‘job for life’ age and that corporations need to start thinking of themselves as teams – not unlike sports teams – where it is an accepted fact that individuals are free agents and that the main objective is to ensure the composition of the team is right.

He explains that this model lies behind the success of Silicon Valley, where talent is the lifeblood of rapidly growing and adapting technology companies. Rather than forming lifelong familial bonds, employers and employees create alliances towards the greater good of creating something that exceeds the sum of its parts.

As people operations, we have a key role in mediating such alliances, beginning by showing that the company values the talent they spent so much effort in acquiring.

Simple things such as responding to queries promptly and treating employees with respect can go a long way to achieving these aims. Of course, each company differs in how open they are to change, but if you work in the HR department of a progressive company you might be able to have input in the terms and conditions employees sign up for. By striking a balance between freedom and responsibility, your more entrepreneurial employees are likely to remain engaged in the pursuit of success.

The Story of Disney and Amazon

To illustrate the importance of retaining talented individuals, Hoffman contrasts the approaches of Disney and Amazon to their talented employees.

For Disney, he describes the fall and rise of John Lasseter that could, ironically, have made a Disney movie of its own. Lasseter showed the classic entrepreneurial attributes of passion and drive combined with a tendency to circumvent supervisors to push his ideas. When he presented his ideas to the studio head they were shot down in flames and the ‘loose cannon‘ was out on his ear. But like all real entrepreneurs, his belief in his idea (that computer animation could be used in cartoon movies) remained strong and he found a more conducive environment with LucasFilm which eventually became Pixar. When Disney eventually realised their mistake they now needed to spend about $7million to buy Pixar and bring creative genius Lasseter back into the fold.

On the other hand, Amazon’s Jeff Bezos trusted the entrepreneurial spirit in employee Benjamin Black who suggested the retail giant hire out their server space to other businesses. Under guidance from a supervisor, Amazon facilitated the creation of AWS which has been a resounding success story.

Hoffman believes that global networking and the power of technology has meant that companies need to adapt more quickly than ever to changing circumstances.

To do that, they need to build alliances with people who will not take a role just to let the grass grow under their feet. Those people need air to breathe and room to grow. As people professionals the challenge is to not only recognise that rare talent when it comes along, but to ensure an alliance is struck that suits all parties. 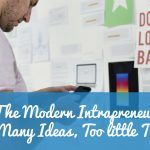 The Modern Intrapreneur. Too Many Ideas, Too Little Time. 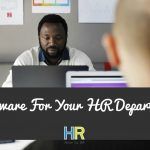 Software For Your Human Resources Department