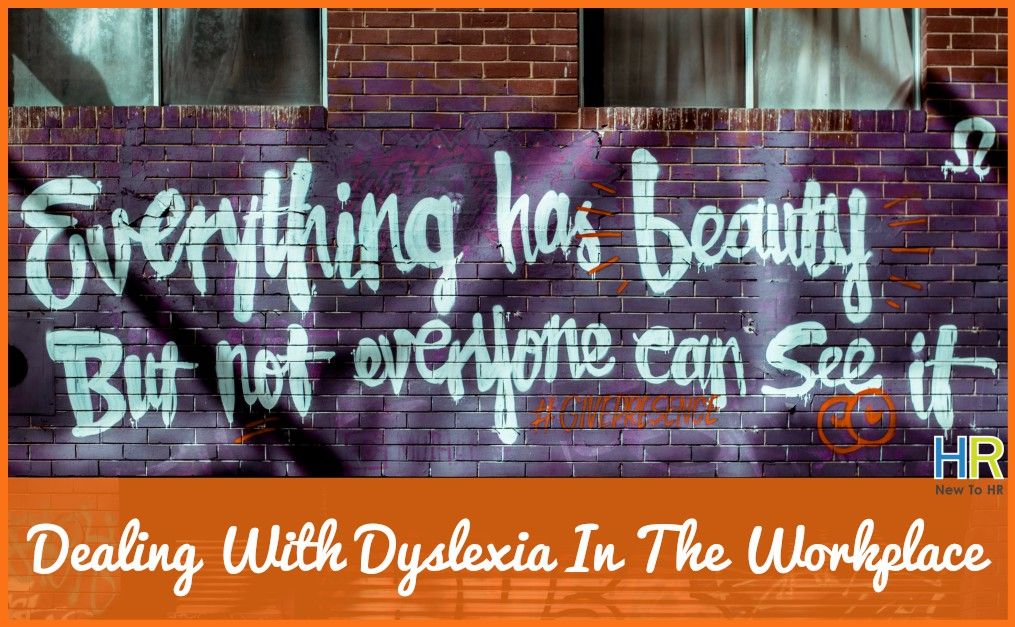 Dealing With Dyslexia In The Workplace

For a couple of seconds, words stop making sense and become little black bugs crawling all over the paper…

When your boss’s yells at you in Klingon, it is clear you will not be able to finish the report in time.

Dealing with Dyslexia in the workplace can be discouraging. Statistics indicate that somewhere between 3% and 7% of the total population suffers from Dyslexia. Even more, around 20% experience a mild version of one of its “symptoms.”

Most individuals have become so successful at developing coping mechanisms that it is hard to distinguish a person with Dyslexia from the rest of the workforce.

One of the most detrimental aspects regarding Dyslexia is the stigma that is attached to it. Uninformed employers have a hard time understanding what Dyslexia is and go as far as to consider it as a sign of inferior intelligence.

Dyslexia messes with the way your human brain processes information.

It can affect reading, writing, speaking, and it can disrupt short term memory and sequencing.

It is important for companies to support employees with Dyslexia. Some countries have anti-discrimination laws in effect, while some even offer subsidies for better management of ‘learning disabilities‘.

It might sound strange, but the faulty wiring that “creates” Dyslexia offers something back 😉

The same brain functions that cause Dyslexia are credited with high creativity, problem-solving through lateral thinking, and even excellent spatial awareness.

A quick look shows men like, Winston Churchill and Albert Einstein excelling in their fields despite being Dyslexic.

A Dyslexic should have no trouble fitting into an organisation and carrying out work as effective and successful as any other employee!

Some situations may put the Dyslexic coping mechanisms to test. Changes in the daily duties, the need to learn new ways of working, the implementation of new technologies, all of them may take a dyslexic, way out of his/her comfort zone.

Paired with enough patience, training can overcome lots of these difficulties. Even more encouraging is the fact that many courses and software are now being designed to help Dyslexics.

In some cases, the easier approach is to implement organisational changes. For example, a team that has Dyslexic employees may adopt a different communication channel. Do not worry – the employees would not have to use Morse code. An organisation does not have to worry about tailoring its culture too much to meet the needs of Dyslexic persons, techniques people learn in schools can do the tricks quite well.

Dyslexia in the workspace comes packed with some challenges that are a bit harder to navigate.

For instance, most offices are structured in an open layout, with consistent background noise that makes focusing hard for employees. Numerous studies revealed that Dyslexics find such an environment particularly hard to cope with. A manager or HR needs to step in and make sure that Dyslexic employees are sitting in favorable positions, away from doors, phones, other loud machinery, or more talkative colleagues. Reducing distractions to a minimum, is another good practice that helps with focus. In more extreme circumstances, businesses should invest in creating silent cubicles to be used alternatively by those who struggle with processing information in a loud environment. Work from home is another option that can be considered 😉

Multitasking – the magic word of our crammed agendas may turn nightmarish for Dyslexics. NOT that they are discouraged to direct their focus in multiple directions, but the very nature of Dyslexia makes it hard to be productive with too many variables flying around. Organise projects so that a Dyslexic employee is not overwhelmed with colliding tasks coming from different directions. Left unattended, an employee is likely unable to meet deadlines or deliver intermediate goals in a timely manner.

Fortunately, for both the workers and their employers, a number of things make a difference…

Did you ever wonder why some fonts like Verdana are so popular and adopted on such a wide scale?

Colleagues and management need to be actively involved in making life in the office easier for their peers with gifts like Dyslexia!

Dyslexia is in the same league as colour blindness, it is all a matter of  seeing the world differently.

A Dyslexic wears no written tag on his/her back, you might as well work together for years and never notice. Trying to act too comforting towards someone with Dyslexia, can create an awkward atmosphere and put that person under pressure.

Whatever coping mechanisms a Dyslexic might employ, and whatever your efforts to promote fairness as a co-worker or manager, you cannot get past an aspect that underlies – human groups.

We are all wolfs. Civilized yes, less tempted to go on scavenging hunts, yes, but still compelled by our social nature to live in packs. Packs rely on a certain uniformity between members to fulfill their goals successfully. Weak, wounded, or old animals become a liability for the pack, which have to work more to provide a proper level of access to resources. Although such occurrences are normal, they create a state of tension that sometimes erupts. Now replace the word “pack” with “company” and the “wolves” with “employees”.

Of course, we humans learn to understand each other’s strenghts, and you would never see a group of employees cornering and growling at one of their own, until that hungry employee departs the feeding grounds of the office fridge. But do expect to see a sense of bitterness in the hearts of a few Dyslexics that have felt excluded from the rest.

A good way to deal with the aspect of Dyslexia in the workplace is to employ lateral thinking and play with definitions and semantics.

Instead of saying Dyslexics have a “learning disability” refer to it as a “gift.”

It might sound far-fetched, but the education system is partly responsible.

The current paradigm of evaluating everyone based on the same standard is largely unfair.

Employers should look at themselves as educators, and feel responsible for addressing Dyslexia properly. Take it as a challenge if you want – an opportunity to experiment with workplace learning and problem-solving.

There are many ways Dyslexia in the workplace can work to produce unexpectedly positive outcomes.  Brought in the alchemy of a workspace – one’s difficulty can encourage better communication between team members; increase tolerance, and facilitate overall growth (bigger picture) that would be impossible in regular circumstances.

You know, the kind of negative rhetoric that makes tasks harder than they really are, and keeps employees from growing to their full potential. Diamonds remain hidden just inches into the dirt, if you managed to convince yourself – it is not worth the dig. Common limiting beliefs regarding employees that are Dyslexic, are focussed on traditional negative karma.

Lingering on negative thoughts and formulating them in your mind is widespread – it sets low expectations and it limits the potential to be disappointed. In such conditions, failure becomes no longer an option, but rather normal.

Dyslexia can be a very good motivator.

Working to uncover the most effective coping techniques can allow you to step outside the traditional procedures and discover a new, faster, and improved way of doing a job. It can be daunting, but Dyslexics should use the same approach that helped them cope – one-step (word) at a time.

Whether you have Dyslexics in your office or facing the challenge yourself, solutions are there!

The human mind is a wonderful mechanism, and its minor bloopers and gifts – should remind us all of just how easy it is to take things for granted. Do not forget that Dyslexia can be a gift, pushing you harder to overachieve 🙂 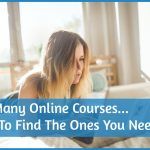 Too Many Online Courses, How To Find The Ones You Need

Planning For The Next Generation Of Your Business