People themselves alter so much, that there is something new to be observed in them for ever. - Mr. Bingley

It is a truth universally acknowledged, that a single company in possession of a good fortune must be in want of new employees. And so it goes for companies around the world from America to China.

occasionally, the new hires end up not working out even though they seemed ideal candidates during the interview process.

What breaks down? Where is the error in communication that drove a wedge so quickly between a great hire and the company itself? Much can be gleaned from miscommunication so long as both parties are willing to look at the situation with open eyes.

It begins with gossip; there will be a new employee..

What are they like? Where are they from? And all the questions generally posed to a new individual will circulate. This is then almost immediately followed by the first meeting. All seems well and appearances are upheld.

Gossip that started to fly based on little bits of information now grows based on what the new hire says and does.

Inevitably, these rumors find their way to the people operatons team and, whether they admit it or not, begins to warp the way HR sees the new hire and vice versa.

With all of the initial process done with, HR and the new hire will probably not see each other often.

These rumors somewhat solidify, and when an issue does arise that requires the aid of HR, the right help may not present itself.

By building a false image of the hire in their head, HR could very well not take the plea for help seriously. On the other hand, the new employee might believe HR to be stubborn and needs to be spoken with tersely if anything is to be done. Either way, both parties are at fault for meeting each other under false pretenses and with accusations already tucked away from what they’ve heard through the grapevine.

In the end, both parties leave their first real confrontation frustrated and confused as the way they addressed the situation was not at all how they had heard it to be.

After taking some time to think on the situation further, two things can happen:

It is a sad ending to have, but with proper attention and honesty, it is a situation that can be avoided! 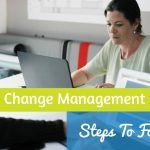 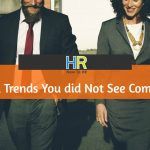 Human Resources Trends You Did Not See Coming