If life and the workplace can seem confusing at times, then Dr Steve Peters, psychiatrist, lecturer and not-half-bad athlete, thinks he can explain why.

According to his Olympians’ Bible The Chimp Paradox – The Mind Management Programme for Confidence, Success & Happiness, our psychological world is populated by a nervous, cantankerous chimp, nasty goblins, impish gremlins, helpful autopilots and – somewhere in their midst – a sensible, lucid human trying to manage it all.

He is of course (we hope) drawing analogies to explain the complex workings of the different centres of the brain, and with Chris Hoy and Victoria Pendleton adding their glowing testimonials to the book, the model certainly seems to work on cyclists!

Getting to know the chimp

Peters’ book is titled ‘The Chimp Paradox‘, because this part of the brain – the limbic system – is both our best friend and our worst enemy. Rooted in emotion, the chimp acts four times more quickly than our inner human and is behind everything from our enthusiastic dash to the coffee machine at eleven o’clock to our simmering resentment at a snub from the boss.

According to Peters, we need to learn to accept the existence of the chimp and its feelings but to manage its behaviour. We do this by taking on board the constructive message relayed by the chimp’s uncomfortable feelings but choosing to act from the human perspective.

So the next time the boss slams the door in our face we can calm the chimps anger and either resolve to ignore the behaviour or to confront your boss about how their actions are making you feel.

In Peters’ model, we live in a psychological Universe of seven planets and their stabilising moons.

Our individual planet – the ‘Divided Planet’ of the human and chimp – is overseen by the Guiding Moon, a computer that runs at four times the speed of the chimp (and thus twenty times faster than the human). In all cases except extreme emergencies (where the chimp comes into its own), the computer runs along smoothly until it is consulted by either the chimp or the human. When either comes up against a situation, they will search for a match in the computer to guide their response. Unfortunately, the computer programs include goblins and gremlins that will unsettle the chimp with their unhelpful chatter.

The human’s task is to replace the negative messages of the gremlins and goblins with matching positive autopilots.

In the ‘mad boss‘ example, a gremlin in the computer might instantly tell you that your boss is going to fire you for being an incompetent worker, causing the chimp to feel anxiety.

The human should immediately replace that thought with a more factual one, for example that the boss is angry but that has no bearing on your job because you are a good member of the department.

The new autopilot program may take some practise before it replaces the gremlin, but once installed, the computer will run it well before the chimp can react, removing those unpleasant feelings of anger and fear.

What’s on our stone of life?

There is one other component of the computer that I have yet to mention – the ‘Stone of Life‘. This is a record of those core life principles we bring with us from early childhood and form the very foundation of our being. These might include respect for our elders, the importance of hard work for success and equality between all people.

Peters believes that one of the most important things we can do is to regularly clean up and examine what’s on our Stone and define it clearly so it can form an unambiguous guide for the chimp and human to live by.

The rest of the solar system

All of the above pertains to our inner self – the Divided Planet – but Peters’ solar system includes a further six planets which encompass relationships with others, the real world and our concept of happiness and success.

By reprogramming our computer, taking care of our chimp and ensuring all of our seven planets are spinning harmoniously we should be able to look forward to a happier, more successful career in HR – or at the least win a gold or two at the next Olympic Games. 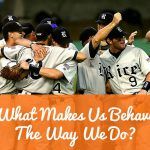 What Makes Us Behave The Way We Do 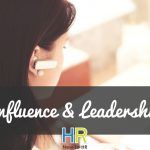