Decisions are hard to make, especially if you find yourself at the very pinnacle of an organization and with everyone pointing at you for guidance.

Optimum decision-making is the key that separates ‘decent’ managers from those that ‘excel‘ and push their companies forward. A different approach to improving managerial decision-making makes use of an unlikely tool, one we rather associate with pre-school; LEARNING GAMES.

Traditional methods of acquiring knowledge and skills fall short of meeting their objectives in today’s world of work, as they are unable to stimulate the learner’s engagement.

Have you noticed that the higher the position of your team member, the harder it is to point out that things are not exactly evolving at the desired pace and in the expected direction.

Learning games introduce a less formal approach, one that detaches the goal from the process itself.

No one said that learning should not be entertaining, yet, most companies have developed an internal policy that PREVENTS their employees and managers from having too much fun in the workspace.

We all have the mental image of “lazy” employees having a blast, while beating previous Minesweeper records, when they were supposed to finish that report.

Whether it is about etiquette or about the fear that FUN (& play) is the enemy of all productivity, companies still DO NOT dare to make use of the incredible power of learning games.

Senior management need to leave aside all shyness and reluctance and engage in Role-Playing, it is the only method that works for skills that are not easily quantifiable. (We understand that it is very difficult to jump up and volunteer to be the “the employee” in a Role-Play scenario, but if you go first, everyone else will join in!)

Role-play function’s by simulating a situation by repeating the know-how; Practice, Feedback, and Improvement. Once the Role-Play is over – the participant should be able add all their learnings to a real life situation. Learning games not only consolidate know-how that would otherwise be difficult to acquire – but also “test” it.

Learning Games stimulate engagement, and engagement leads to the eventual build-up of responsibility, a key attribute of decision-making.

Maintaining focus is done by visualising the (direct) benefits of acquiring that particular skill.

Certain games are known to teach people how to be better strategists.

Whether it is about gambling and odds, making slow and steady progress, or just spotting a pattern, playing games has always allowed the mind to focus better on the task at hand and devise new strategies for attaining long-term goals. Playing is so important that it is the sole activity throughout our first years (we miss those days ;)). Many psychologists agree that playing games has a fundamental role in creating fully functional adults as well.

Expanding on this idea, play (and games) remain an important, yet a HIGHLY underestimated aspect of life.

Experts talk about the “gamification” of work, and the concept is directly related to top-level management and improved decision-making.

But what if we can take the tedious long-hours doing routine work tasks and turn them into something more exciting. We talk about players, playbooks, missions, or moves, both in the economy of a company and when we describe a game. After all, the world of business and each playground has similar categories of players.

Companies that turn the office into a playground can count on increased levels of engagement, competition, or simply the desire to win and overcome any…… Just look at someone playing a video game, and you can understand why such an activity is known to create addictiveness. As new generations take their place in the workforce, they bring with them a superb game culture.

Of course, there are always those that claim that such activities are a waste of time, that it only cultivates an increased appetite for violence and fierce rivalry. BUT, one cannot ignore the many benefits one can extract from engaging in instances of simulated reality!

Team work, collaboration, testing strategies, mitigating risk, reducing loss, anticipating moves, making the right decision on the go, adapting to new situations, perseverance towards a goal, increased focus – are just a few of the elements comprising the skillset one can acquire by playing games 😉

Some great resources are: 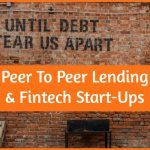 FinTech And Your Finances 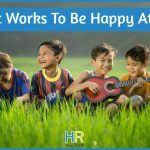 Why It Works To Be Happy At Work